One of the popular currency pairs is the US dollar vs CAD dollar because this pair has a large amount of trading activity at the cross-border between Canada and the United States.

There are lots of historical changes which have occurred in the history of the US dollar and the Canadian dollar – the rate of 1 USD to CAD dollar is continuously increased or decreased and is dependent on market conditions, therefore, we also list recent historical changes in the USD to CAD currency pair. 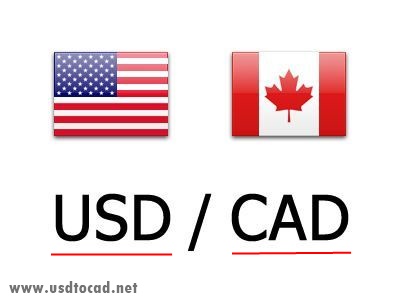 The official currency of the United States is the US dollar, and its abbreviation used to denote the US dollar or United States dollar is USD, US $, dollar or American dollar. The US Dollar is not only the currency of the United States, it also includes its insular territories which are within the united constitution since 1972. By way of comparison, the Indian currency rupee is divided into 100 paisa, on a similar basis, 1 US dollar has 100 small cents within it but at an official level, we can also divide 1 dollar into 1000 Mills, this is the notional unit equivalent to one thousandth of a United States dollar and is sometimes used in accounting.

The paper form of money which gets circulated consists of Federal Reserve notes and are denominated in the United States dollar. Since 1971, after the suspension of paper convertibility, the US currency has also turned into one of the most widely used currencies for international transactions and is known as the world’s primary reserve currency. There are lots of countries that are using the US dollar as their official currency, and in some countries, it is a de facto currency.

Apart from the United States dollar, it is also a sole currency of two British overseas territories which are in the Caribbean. These territories are the British Virgin Islands and other is the Turks and Caicos Islands. There are also some countries who are using Federal Reserve notes for the paper form of money in addition to minting their own coins, and also accept the coins belonging to the US dollar. Research was conducted on 20 September 2017, where it was found that there were around 1.58 trillion dollars in circulation, around $ 1.53 trillion were in the form of Federal Reserve notes and the remaining 50 billion dollars are circulating as coins.

As we know, the symbol of the dollar is $, which is most often written in front of the numerical amount being used. This particular sign evolved in the late 18th century and some also say that this sign was derived from the pillars of Hercules, from the Spanish dollar present on Spanish coat of arms. Initially, the American dollar was almost similar in look and value of the Spanish dollar, which was being used widely in Spanish America from the late 16th century to the 19th century, and in 1972. The first dollar coin was issued in the United States and bore a striking resemblance to the Spanish dollar, both in size and composition, and both were also minted in Mexico and Peru.

In the Dutch New Netherland colony of New York, the Lion dollar became very popular and circulated throughout the English colonies around the 17th century and 18th century, however, due to the non-distinguishable design, the Lion dollar was also known as the ‘dog collar’. The first definition of the US dollar was given by the Coinage Act in and around 1792, in which it states that the dollar is based on the Spanish milled dollar. The previous currency of the United States was not able to exhibit the now customary faces of presidents until the law stipulated that it could feature the portrait of any deceased person on the currency of the United States.

There are lots of historical changes which have occurred in the history of the US dollar and the Canadian dollar, the rate of 1 USD to cad dollar is continuously increased or decreased based on the supply and demand on the currency markets, therefore, we also share a list of recent historical changes to the USD to CAD rate in the table below:

Need to exchange your Canadian dollars? Or have extra USD/CAD on hand and want to convert it back? This quick and easy USD/CAD Exchange method shows you what your currency is worth today.

We know that that USD/CAD rates change constantly, so before calculating, you should use the current conversion rate. As the US dollar and Canadian dollar are the most utilised currencies in the world, the conversion for both currencies are equally important to get an idea of how much money you will receive after conversion.

Now, we are going to learn about the USD to CAD dollar converter, which is made possible with help of the online calculator on this page, or via a manual calculation. Either way, if you are living in any country and planning a visit to Canada, for example, then you will definitely be required to change your currency, and if you happen to be an American native visiting Canada for any purpose, then you will need to convert USD to CAD and so forth. It is always best to have an idea of the conversion value prior to exchanging your money for real to save yourself from being charged unreasonable fees, by planning everything in advance, and not at the last moment to get the best possible rate.

There are two basic methods which you can help you easily calculate your currency into a foreign amount. As we are here to discuss the conversion of the US dollar to the Canadian dollar, let us come to know about both of these methods. The first method is known as the online calculation and the second method is a manual calculation. We will tell you about both of these methods in detail with a proper explanation:

Method – 1: With the help of an online converter

You can use our website to obtain the current conversion rate. If you are not sure about the current exchange rate of the US dollar to the Canadian Dollar, then you have the option of contacting the department of treasury, or any other government agency to give you the latest information about the exchange rate.

Method – 2: Through a Manual Conversion

There are many people who love to do the calculations on their own and want to get the correct result as they don’t believe in online converters, or it simply may be possible due to the situation. Therefore, you have the option of calculating values on your own with the help of the simple calculations below. It is very simple to do, by following the simple and easy steps below:

1. Firstly, you need to have a clear figure in your mind on how much you want to convert, or how much money you will require in another country.

2. After getting a proper idea of the amount, you can use the calculator at the top of the page to look for the current value of the exchange rate.

3. Finally, take the amount which you wanted to convert e.g. the conversion amount of 15,000 USD to the Canadian dollar. To achieve this, you simply have to multiply the value of 15000 with the current exchange rate value for the Canadian dollar with the US dollar e.g. 1.28, after multiplying both these amounts, the result is 19200.00, this is the exact calculated value for 15000 USD to CAD.

See below for more examples:

which means that for 50 us dollar you will get 64 Canadian dollars.

Now, again we have a US dollar value of 60 and to convert this value in Canadian dollars, so we will follow the same rules as above by multiplying the value of 60 with 1.28, for example, to get the result.

Another calculation we are going to do is for 70 US dollars to the Canadian dollar, this conversion will also use the same method as above with the simple multiplication of both values, namely, the amount which has to be calculated and the current exchange rate:

Another example of this conversion is for 90 US dollars into Canadian dollars using the same method as above.

Keep in mind that the resulting value is termed the Canadian dollar.

This is another example of the conversion of the US dollar to the Canadian dollar, using the same method as above.

This is the last example we are going to show you for the conversion of the US dollar into Canadian dollars – we see that this is a big amount but you can also use the manual calculator for the multiplication by following the same rules as above – simply multiply the value of 2000 with the exchange rate figure e.g. 1.28.

This results in a value of 2560 Canadian dollars, so you know the value of the funds you have.